Having missed the first trip to town for the College World Series by a mere 2 minutes, I made sure I was in my spot in plenty of time to see the famous 844 steam engine of Union Pacific on its way back home.  Scouting spots along the railway turned out to be a good thing instead of the usual fly by the pants approach I tend to make most of the time when shooting things.  I reviewed spots along the line to get the best location, with little to no distractions in the background, and off the beaten path.  The first time around, there were cars lining the roadway and I knew this time wouldn't be any different as this was happening on a weekend instead of late during a work week.  That meant everyone and their dog with a camera were going to be out.

I grabbed a location where it was a semi straight away just off the main road by a railroad crossing.  This way, as they were approaching the crossing they would have to blow the steam whistle.  This would cause steam to shoot up into the air from the front of the train.  I knew that it was warm, so the steam coming off the engine wouldn't be as dramatic as some of the photos everyone has seen as these are usually in the fall and winter when the weather is very cool.

So, I turned down my road and already there were multiple cars, video cameras, and kids hanging out to see the train. Luckily they were just off the main road and not in the area I wanted to be.  Pulling to my location, a couple other seasoned train photographers were there waiting as well.  Finding my spot, opposite of the others due to the clutter of the background, I set up the tripod, video, and got my telephoto ready to shoot.  Not knowing what to expect as this was my first time trying to shoot this engine, I didn't know of the speed or rate in which I was going to get an opportunity.

You can see from the video, this baby came fast.  I didn't have nearly as much time as I planned for  and the blew the horn a little sooner than I thought as well.  However, I came home with 3 shots that I am really happy with.  I have included those below. 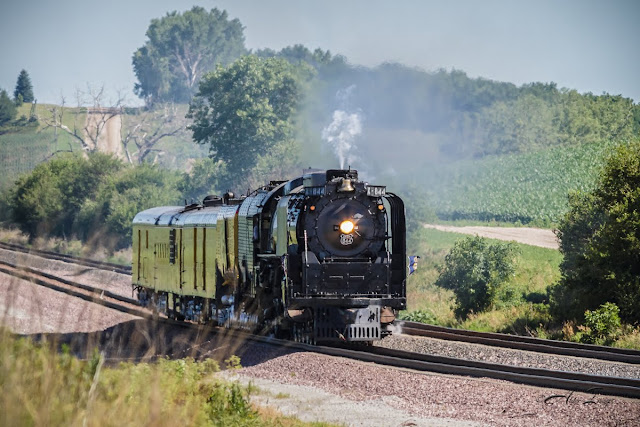 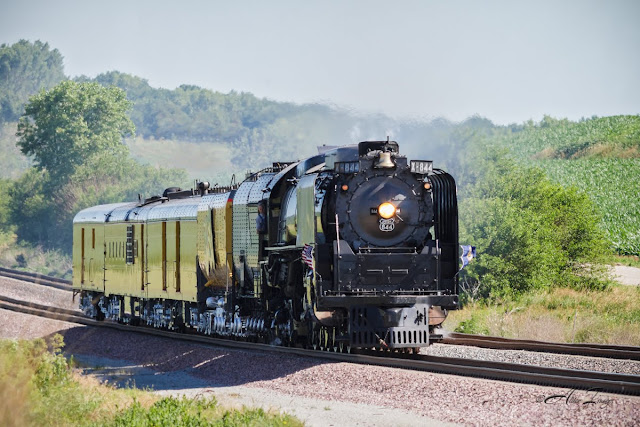 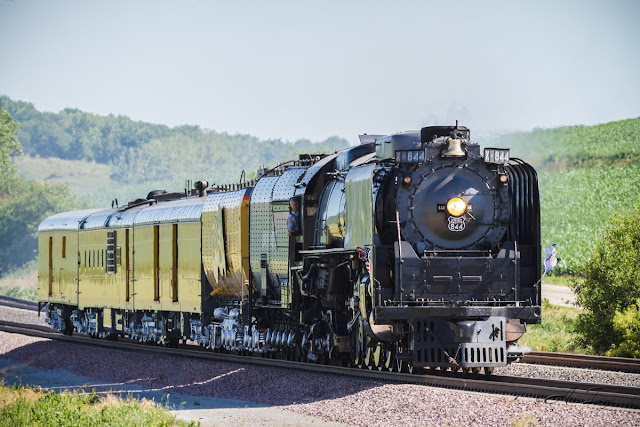