During a recent Nebraska Photographers Network outing, we stopped by the Bob Kerry Pedestrian bridge for a couple photos.  Being from Omaha, it was sad that this was the first time I had ever visited the bridge.  I have seen many photographs of the bridge, but had none of my own.  While many people were on the bridge capturing the sights from above, I was more interested at the belly of the beast.  I decided to stay down and capture the sky above and create some long exposures with the Missouri River traveling underneath.  There wasn't much of a sunset since it was such a clear day and night, but there was a big moon.  Here are a couple shots of The Bob. 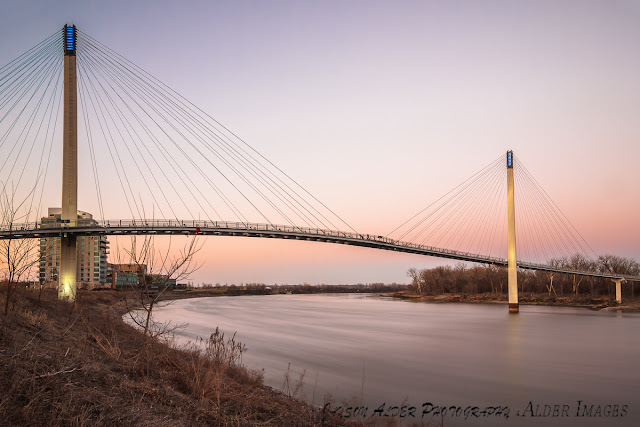 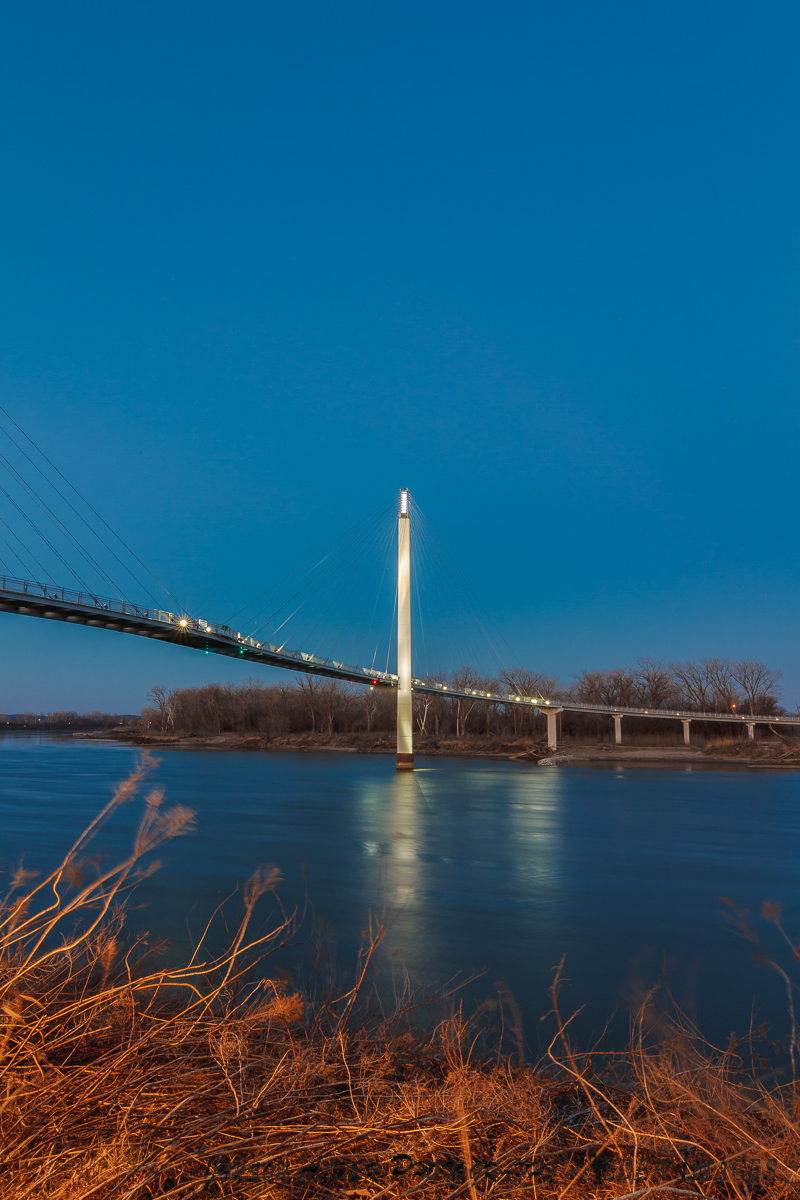 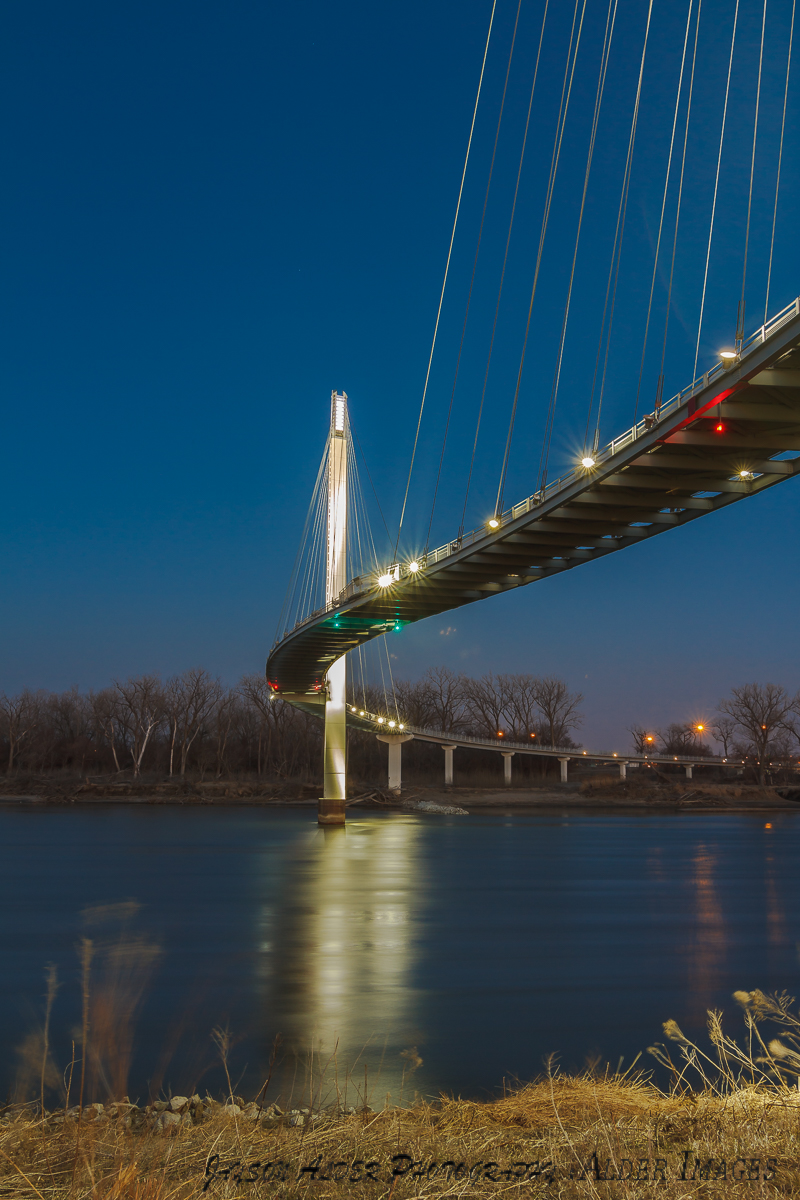 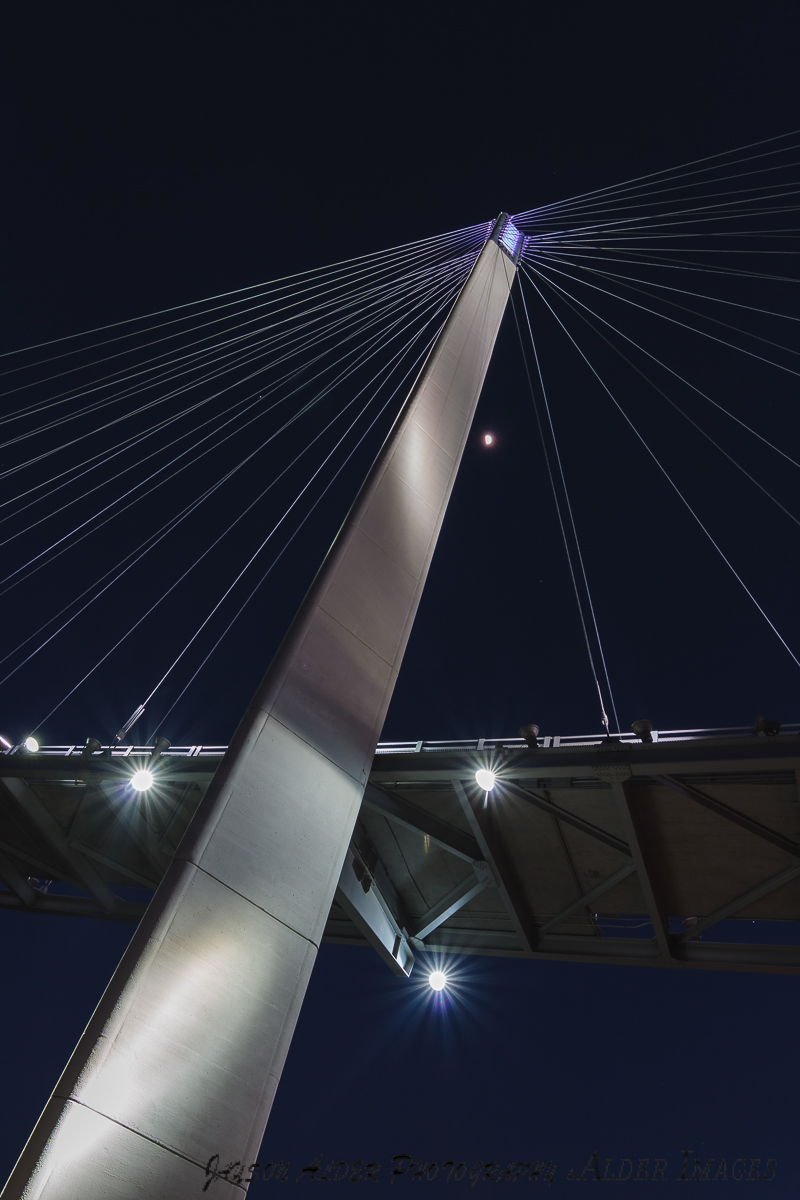 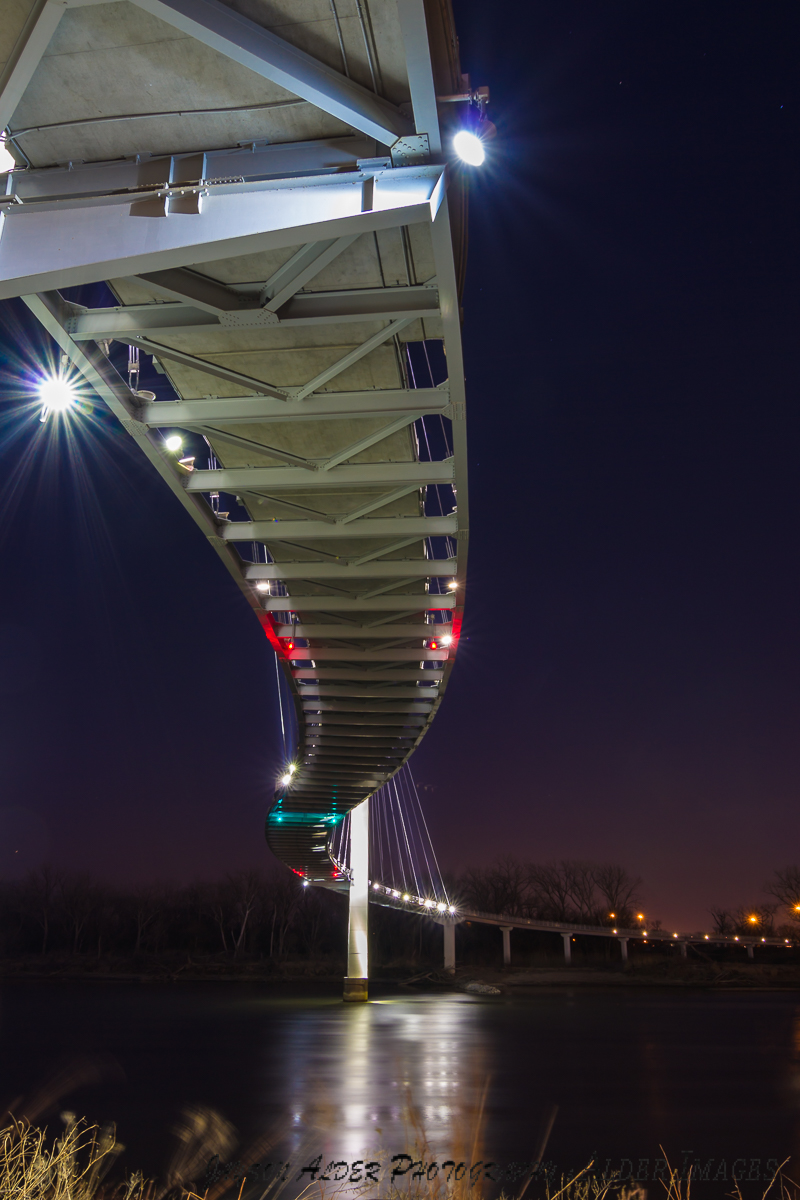