I haven't taken many photos of the night sky in my time as a photographer as the times are limited which I have to do such things.  It usually requires summer, lots of bug spray, getting the kids to bed at a decent hour, and finally trying to wake up to an alarm at two o'clock in the morning.  Usually it doesn't work out.  On top of all of that, I have to have a place to shoot, cloudless skies, preferably no moon, and if I am lucky little wind.  All of this usually has to take place when I visit the Sandhills since I am probably not going to drive an additional hour on top of all the stuff mentioned before to get out of the city lights.  When I get the chance, I try to take it.

Earlier this year, I attempted to shoot the night sky in late December.  It was ridiculously cold and being a novice at night photography it took quite a bit of trial and error.  I didn't get much in the way of usable photos from that experience, but did get some knowledge of what I needed to do.

Mid-June, I photographed a wedding and on the way home decided to try my hand at the Milky Way again.  This time, I was armed with knowledge and bug spray.  I stopped on a country road knowing that I wouldn't need to worry about other cars due to the time of night and set up for a series of 30 second exposures.  I used my old Tokina 12-24mm for these photos at f/4.  The Tokina is pretty sharp at f/4 and does a good job on the night sky.  Ideally, a f/2.8 or faster lens is best for astrophotography, but this one did just fine.  Not having the moon in the sky, it was easy to see where the Milky Way crossed the sky, but the tough part was getting the camera level and having the horizon line where it needed to be.  There were about three test shots for every good shot that came out of the night.  Since there wasn't a shred of light illuminating the ground, I used the flashlight from my cellphone to light paint the grasses in the foreground.  It did a pretty good job helping me give the photo some depth.

I have seen numerous photos arranged in a panorama across the sky showing off the Milky Way as it crossed the night.  I decided to attempt this with 7 vertical shots to get as much of the sky as I could.  I am happy with how it turned out, but I know for the next time that I probably need to take about 14 shots instead to make it work best.  In addition, I am armed with a new beautiful lens with night photography in mind. 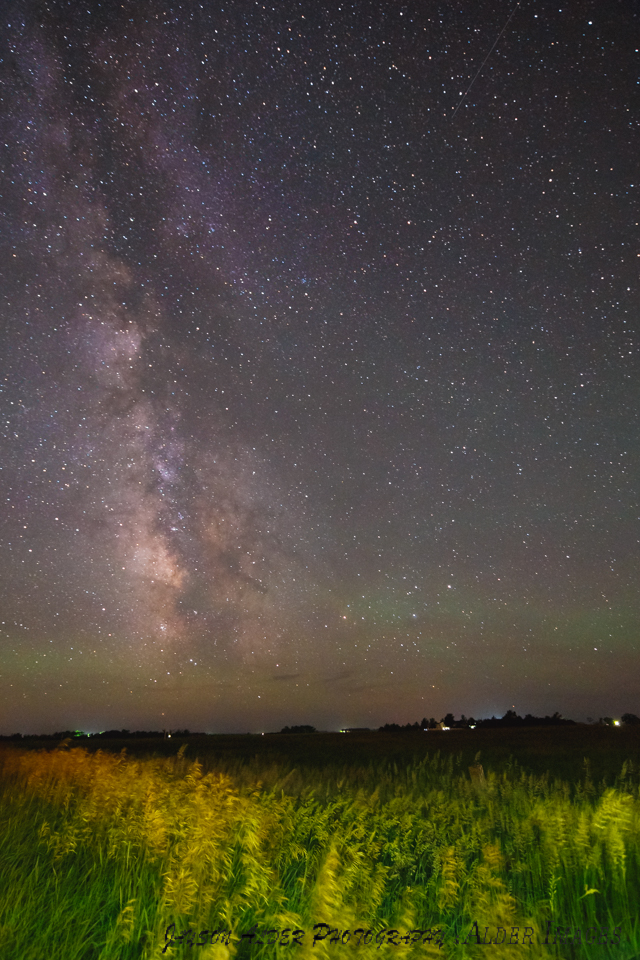 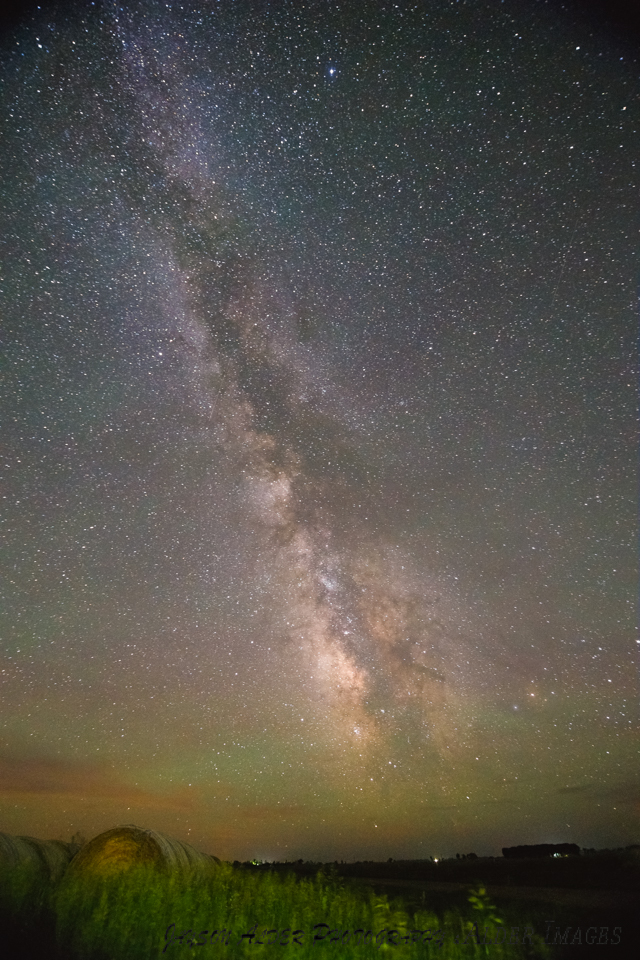